Tom Petty is an iconic figure in American rock 'n' roll, and the Petty Larceny Band brings his music to life! We play all your favorite Petty songs — and more!  Petty Larceny is not a general "cover band" that plays "their version" of Tom Petty's music. For the past decade, we've aimed to get as musically close as possible to the original recording (or in a some cases, a live version)  that Tom, Tom Petty & the Heartbreakers, Mudcrutch, or the Traveling Wilburys recorded, while bringing an exciting concert experience to every venue we play!

It would be a crime to miss this band!

Catch Our Next Show!

And Our Xmas Kickoff Show! 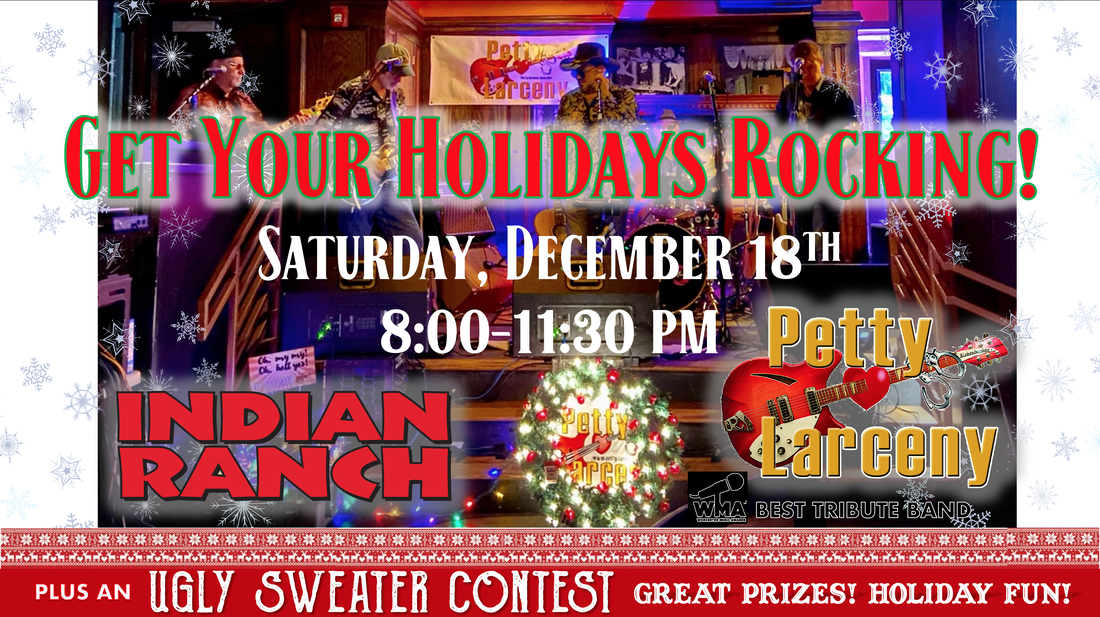 Get Your Tickets Today!

Upcoming Shows
Our audiences make our shows special!
What Our Audiences Say . . .

​"We like to always keep it local to the Woo, but the Petty Larceny Band is the best damn Petty cover band there is. Worth the trip to see."  — Dolphin Boys Sports


"I just wanted to say what a great job you guys did.  Your act was pro all the way from the music to the gear and the attitude. I can say this show was the best band this season. You guys Rock!"   — Hampton Falls, NH  Bandstand


"Close your eyes, and you'd think it was Tom Petty & the Heartbreakers."
— Sound engineer


"Thank you guys for last night at the Special Olympics Fundraiser at the Worcester Eagles!! You guys really ROCKED!! See you soon. Just love you guys!"
— Fraternal Order of Eagles, Worcester, MA